Click here for Nonoy Pena, Your Man.
then click back on this blog tab or here to listen as you browse, or not?

Railway model enthusiast Naoki Teraoka has operated miniature model-themed ramen restaurants and eateries in Japan since 2005. His latest was the Diorama Restaurant in Osaka, which he opened in 2018. But when the global pandemic struck two years later, business went south and Teraoka was pushed to the brink of shutting down his business. But an unlikely savior–a stray cat that Teraoka rescued–would turn things around. 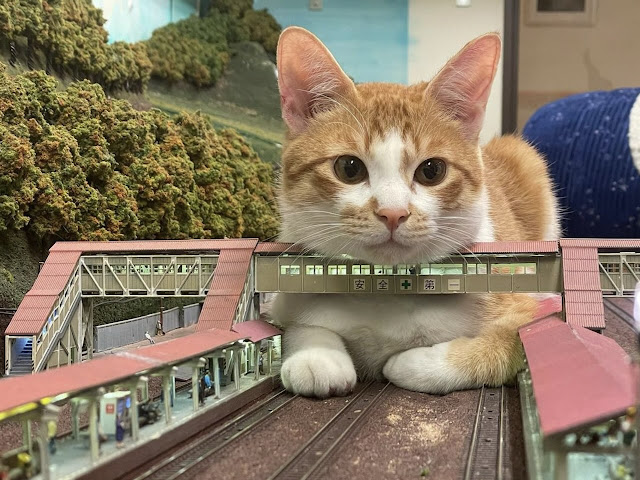 During the pandemic, Teraoka rescued an emaciated stray kitten that had found its way to the restaurant. Later, the kitten’s mother and siblings also showed up and before Teraoka knew it he had a family of cats climbing, lounging and sleeping on his miniature models.

It was like the set of a monster cat movie so the owner began photographing and posting pictures to the restaurant’s Instagram account. Before long, people began showing up from all over Japan to see the cats and business took off. 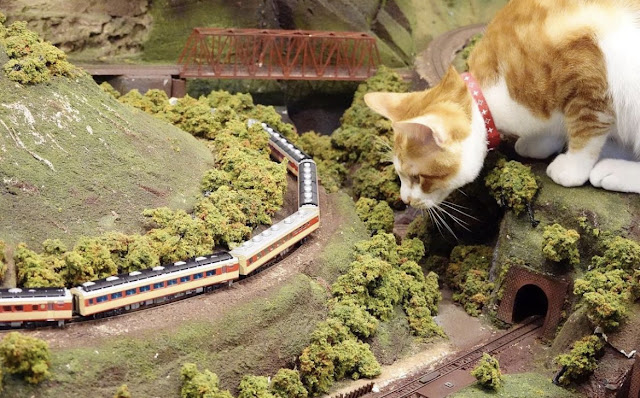 Feeling grateful and in debt to his feline friends, Teraoka opened a cat shelter on the 2nd floor of his restaurant and now devotes a significant amount of time to helping stray cats get off the street and into homes. Here is the Diorama Restaurant website where you can make reservations to visit, learn about their rescue cats or donate to help support their activities. 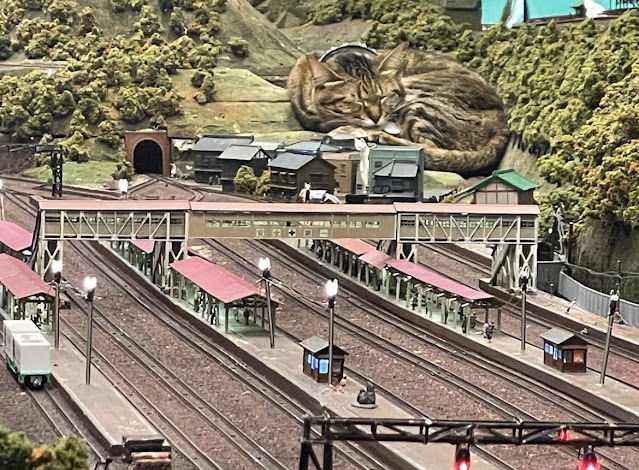 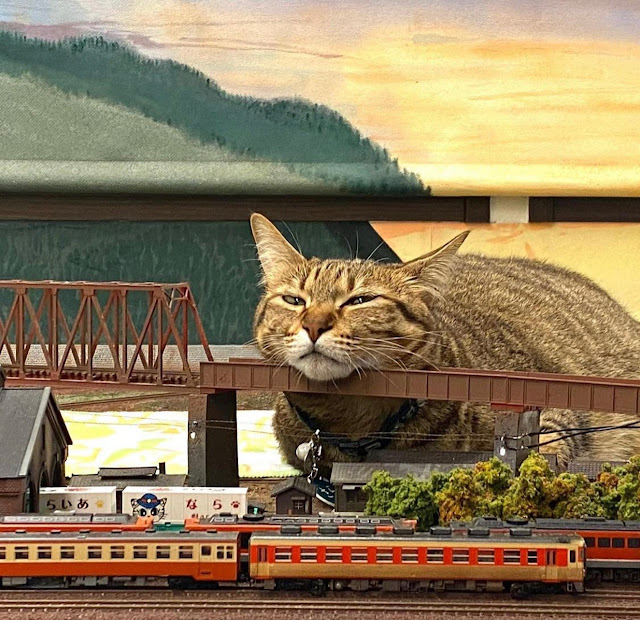 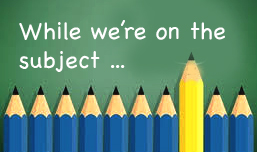 Kazuaki Horitomo is a California-based Japanese artist who combines two of his great passions  tattoos and cats into one, here. As an illustrator and tattoo artist, Horitomo is steeped in the Japanese tradition of tebori (a technique of tattooing by hand) and his illustrations reflect that. Some of our favorites works are the humorous and surreal depictions of cats performing tebori on other cats. 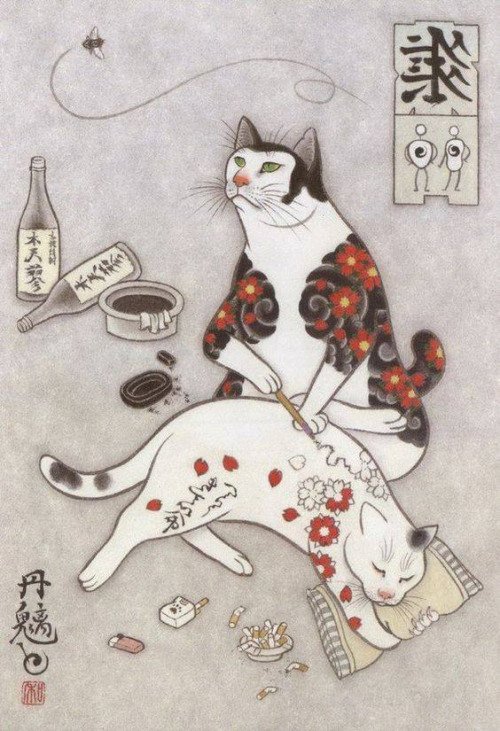 Horitomo’s brand Monmon Cats derives its name from monmon, the old slang word in Japanese for tattoos. Horitomo currently works at State of Grace Tattoo in San Jose. But if tattooing isn’t your thing, you can also pick up his book, or buy prints from his shop. Or you can just follow him on Instagram. Below are some other his illustrations featuring tattooed cats. 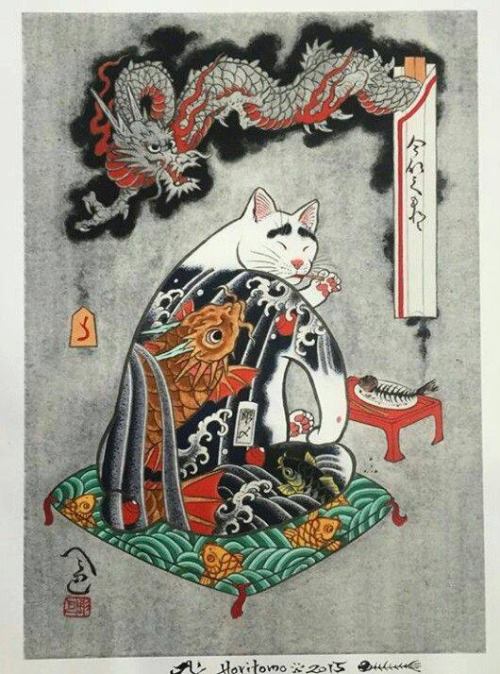 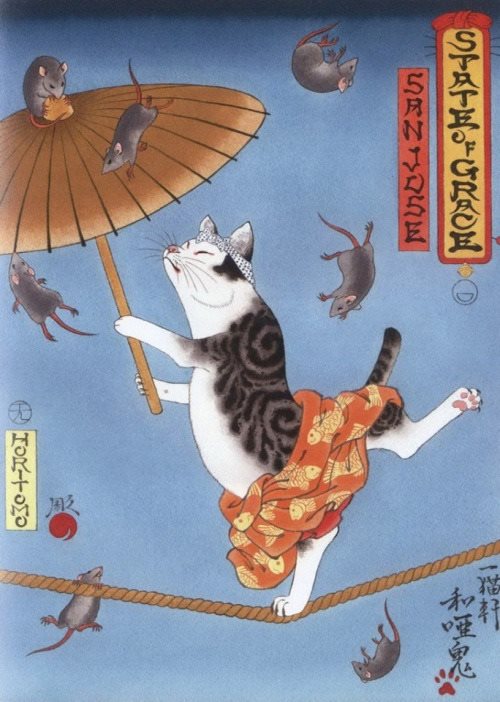 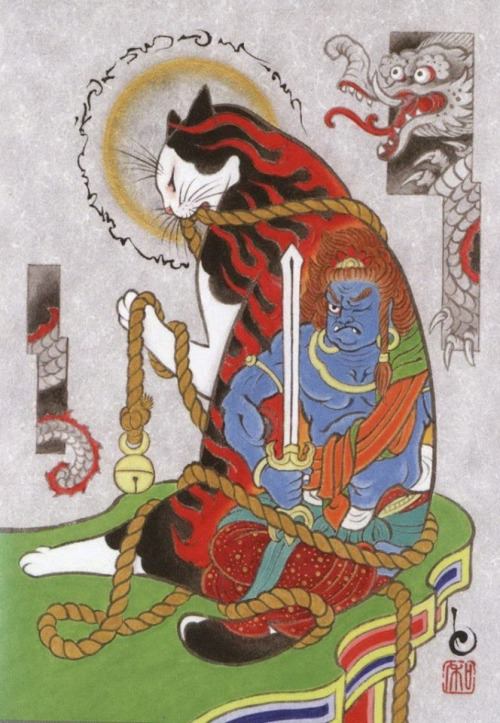 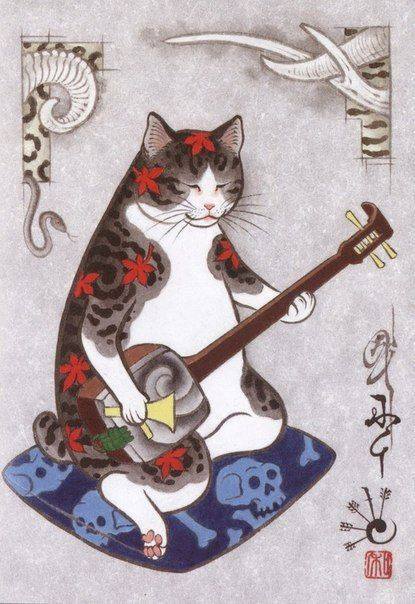 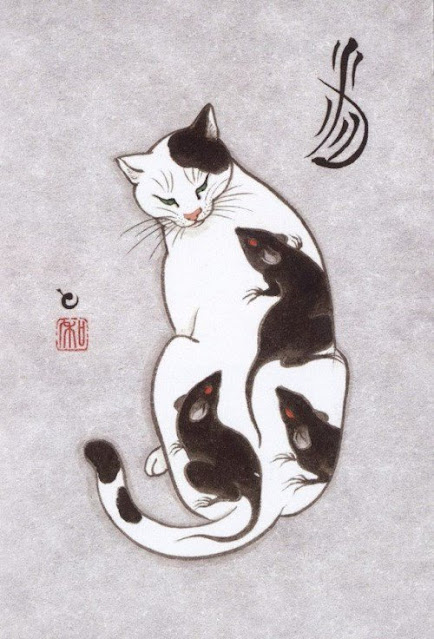 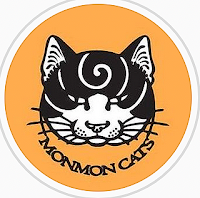 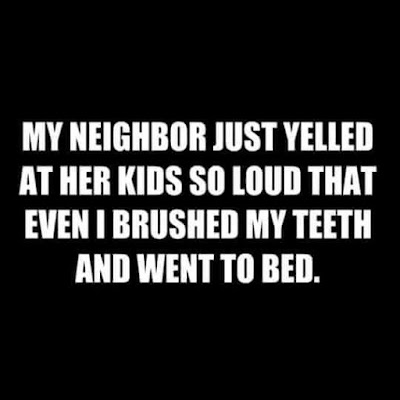 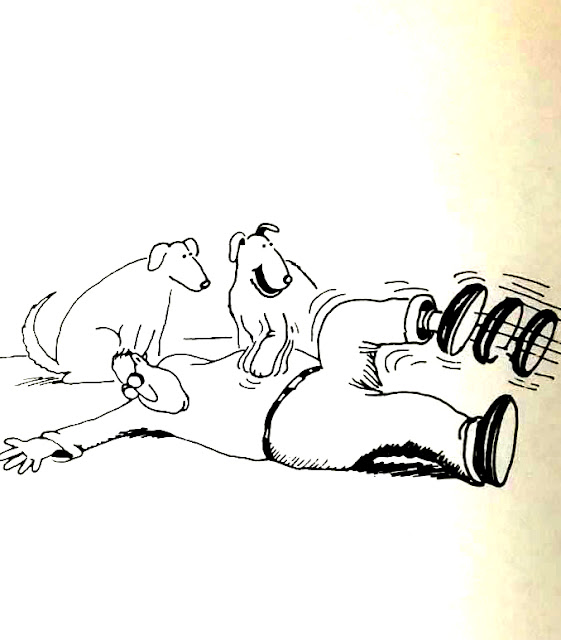 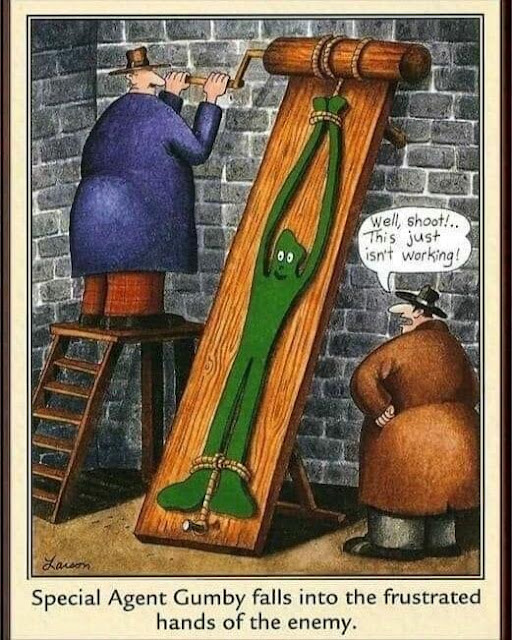 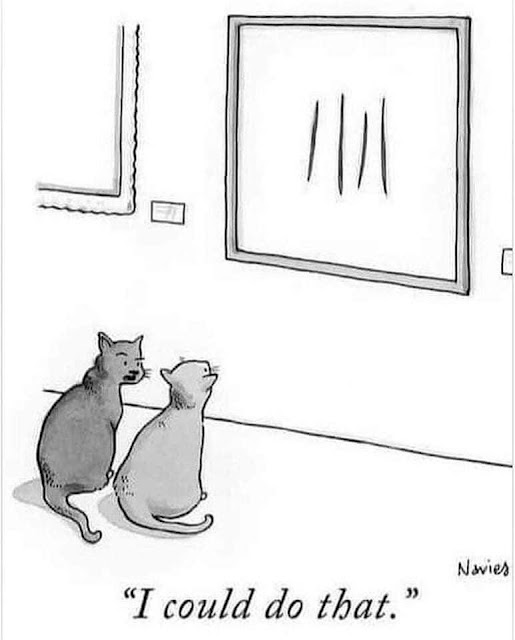 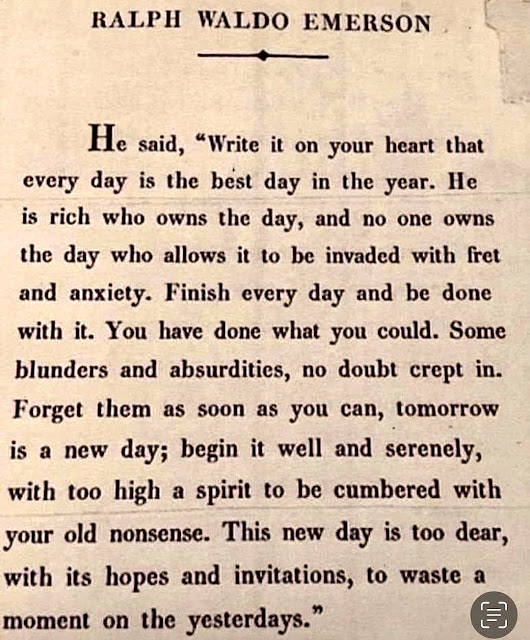 Click here for Bill Withers, Just the Two of Us.
then click back on this blog tab or here to listen as you browse, or not? 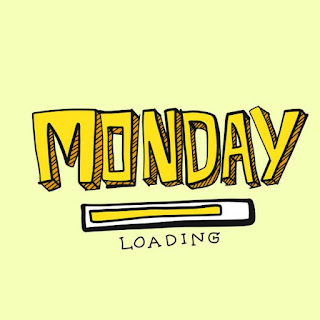 Steel yourselves,we're almost to Blue Monday, the infamous date thought to be the most depressing day of the year. Back in 2005, someone made a list of all of the factors that could make for a really bad day and decided that the third Monday in January was when they all converged. Start with the fact it's a Monday, then factor in some winter gloom, a post-holiday slump (and possible holiday bills) and abandoned New Year's resolutions and yes, you've got the perfect equation for a day spent in bed with your head under the covers.

Here's the thing: Blue Monday isn't real at all! The whole concept was a marketing tactic by a travel company to approximate when people would be most likely to daydream about booking a vacation! I say we reclaim this fake sad day. However you're feeling, let's all agree to do something this Monday to keep our spirits high and our hearts hopeful. Call it an Un-Blue Monday! 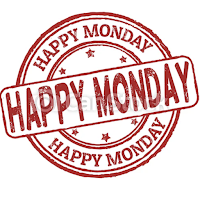 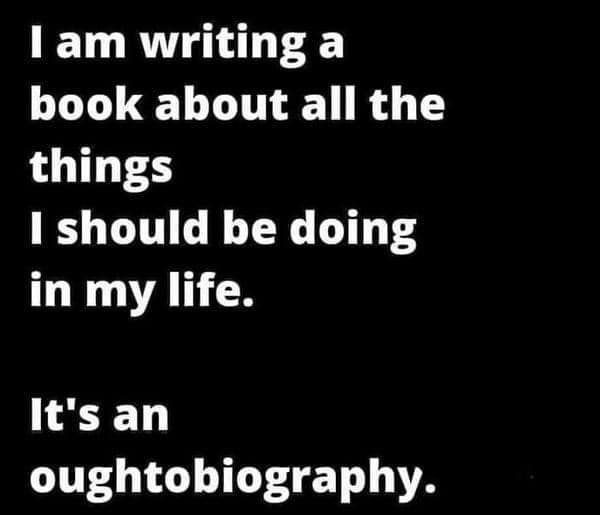 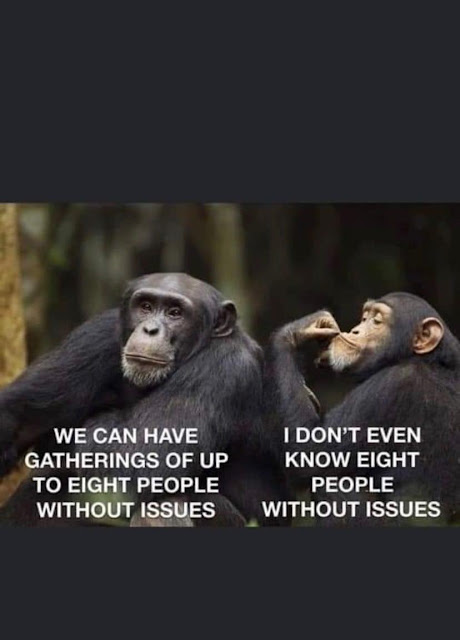 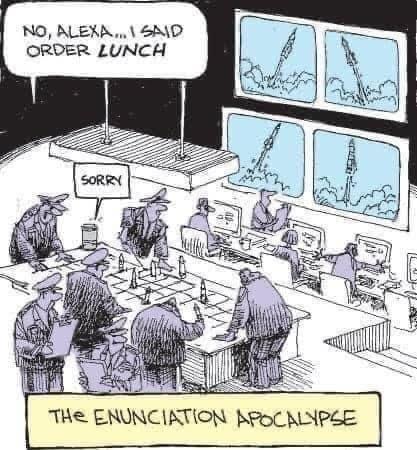 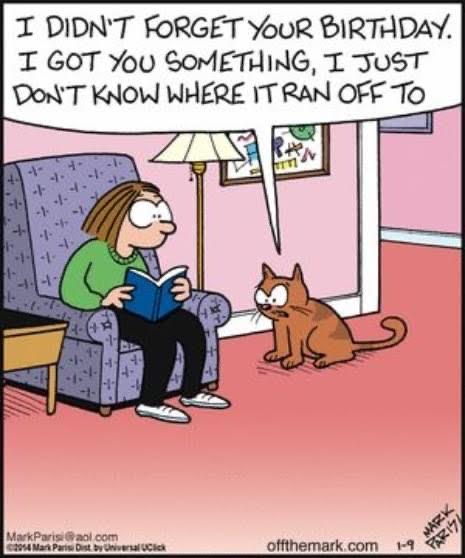 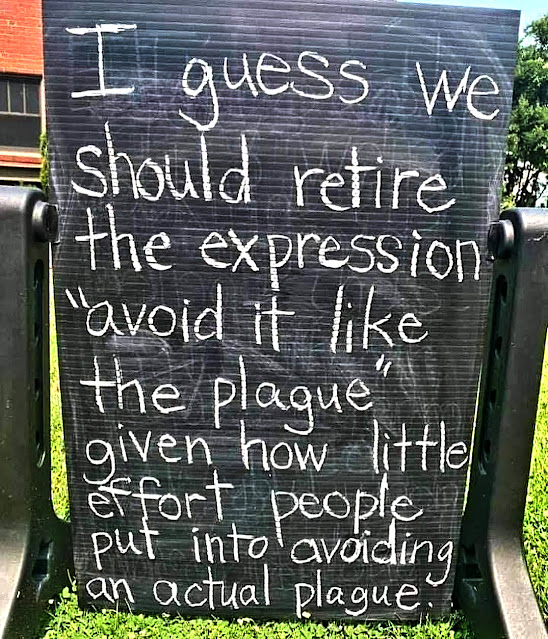