Are you ready for pumpkin?

I can't believe that tomorrow is October 1st!
Pumpkin pie, lattes, pancakes, bread, and more.
Stores have had their pumpkins out and ready for awhile. 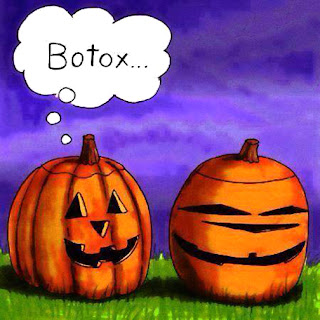 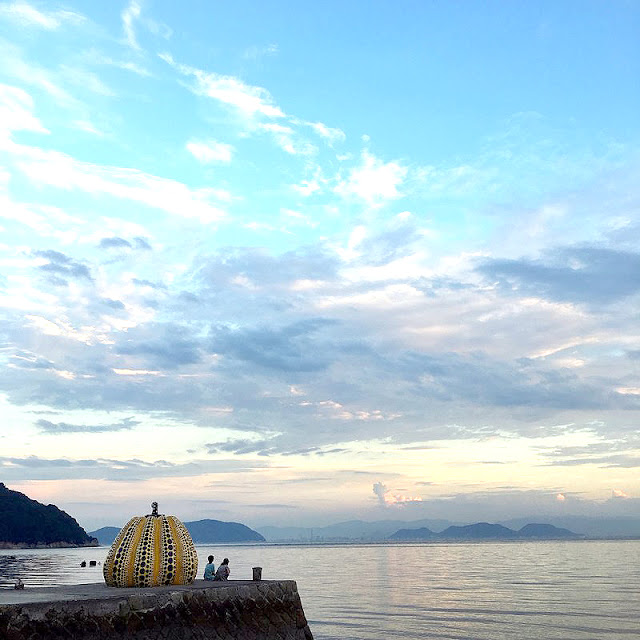 If you’ve ever visited Japan’s magical art island of Naoshima
you’ll most certainly have visited one of its most iconic pieces of art: Yayoi Kusama’s yellow pumpkin that sits at the tip of an abandoned pier. Although the waters of Japan’s Inland Sea are mostly calm, during the summer the pumpkin becomes susceptible to high winds and waves brought on by numerous hurricanes.
In a video shot last week by Ken (@k24da) here, we learned that when a hurricane threatens Kusama’s pumpkin, a group of island workers band together to lift it up, walk it off the pier, place it on a truck and carry it away to safety until the hurricane has passed.
Afterwards, the pumpkin is restored to its proper location for everyone to join. Cheers to art preservation! 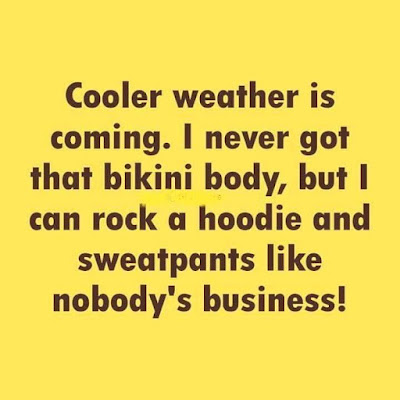 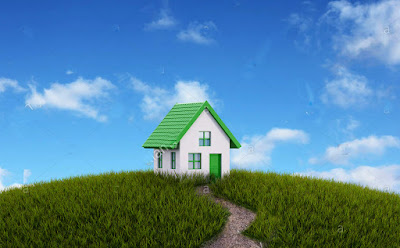 Am back at the house on the hill for 24 hours.
I missed the Grandhunks and Granddogs too.
I got to see 2 out 3 Grandhunks.
Zack was in Santa Barbara. 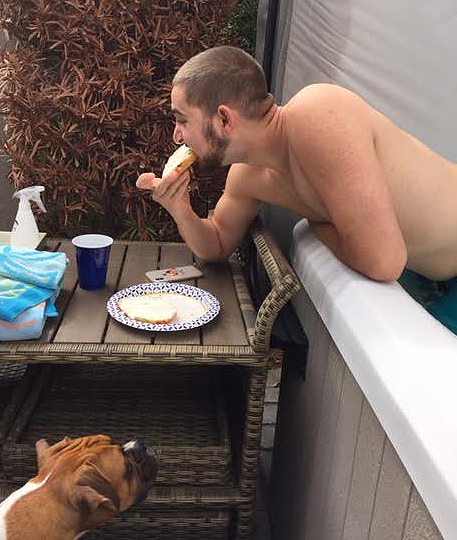 The guys were in the hot tub.
Grandhunk #1 with a bagel & Zoey nearby. 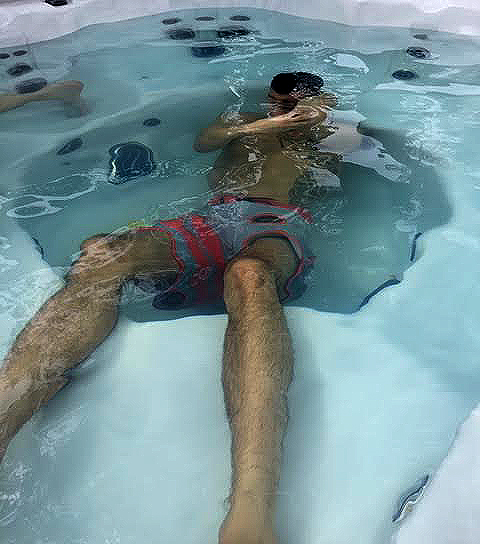 This is what you do if you don't want your picture taken.
But a smart Grandma knows to wait. 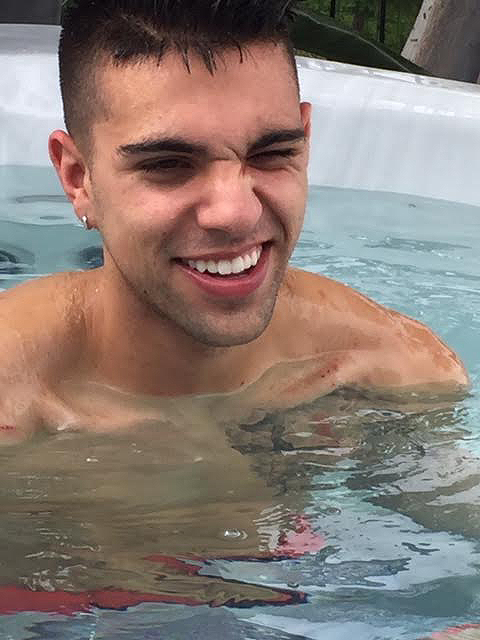 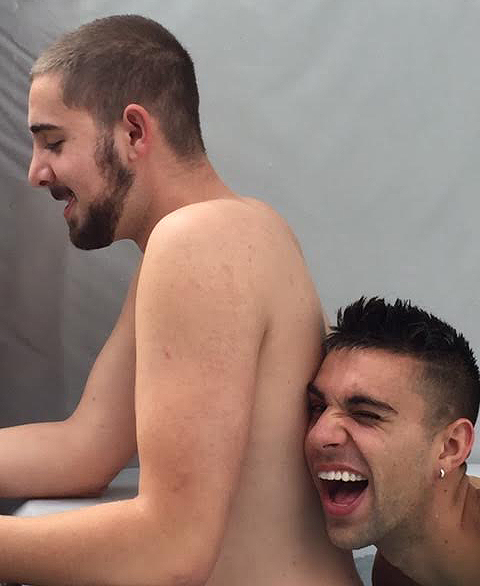 You can't hide from Grandma.

Zoey and Laker were great! 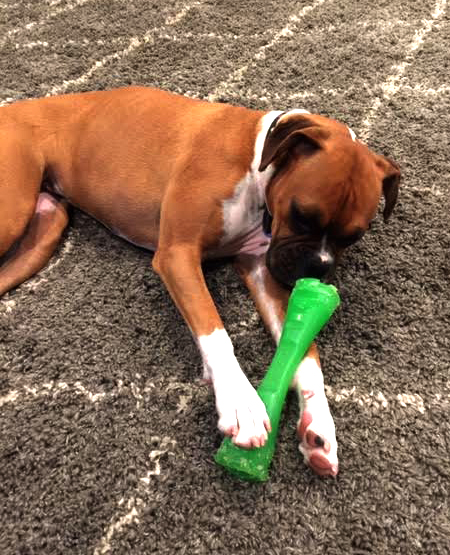 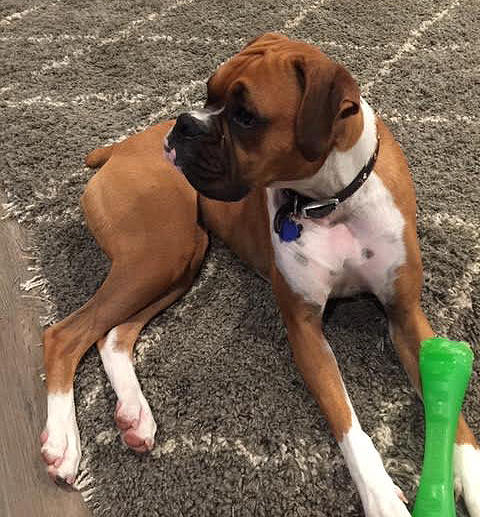 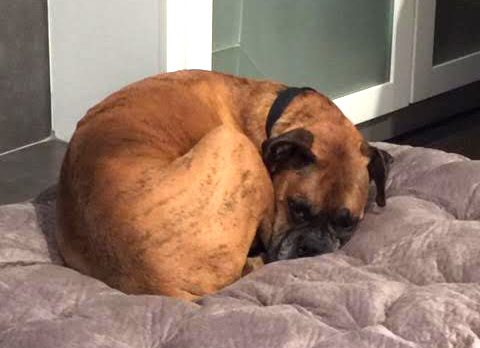 Isn't it amazing how a big dog and wind himself into a tiny ball?

Hope you are having a happy weekend wherever you are. 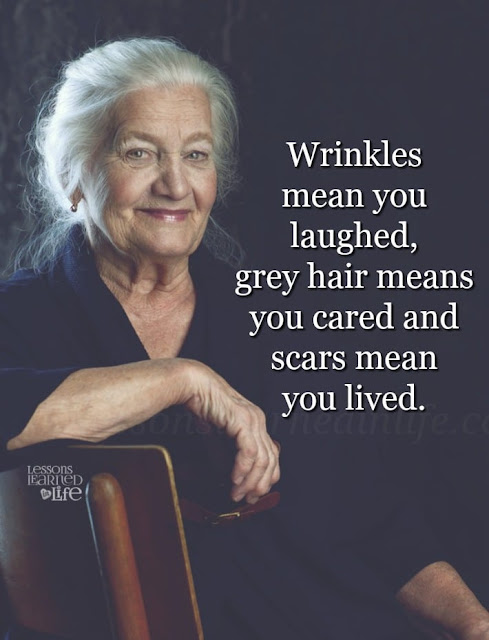 A 9 foot Office Building Rises in a Ginza Alley


Along one of Ginza’s many backstreets, just steps from
Showa-dori, sat an L-shaped plot of land.
At just a little less than 9 ft, it had remained vacant
for the past 3 years, obscured by the shadows of the towering
grey buildings around it. Until finally a developer stepped in. 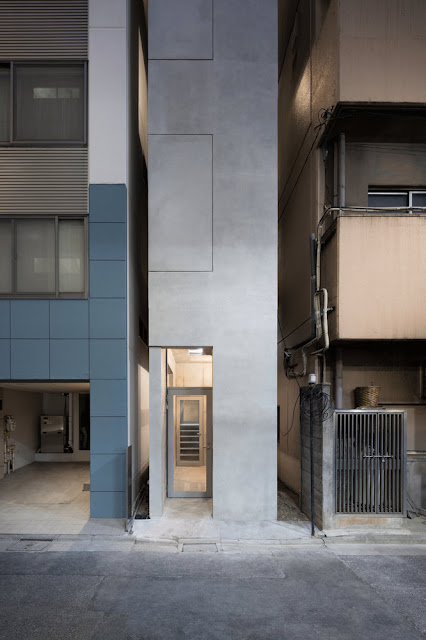 The developer teamed up with So Teruuchi of SO&CO
to create one of the district’s most skinniest buildings.
Due to the nature of the property, the architect
was faced with several constraints: not only did
they have to leave enough room for scaffolding
but they couldn’t fit any heavy machinery into the plot.
So everything had to be done by hand. 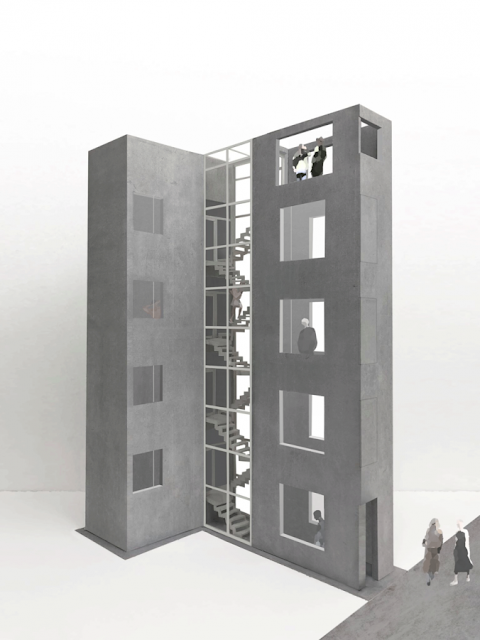 The result is a surprisingly minimal, elegant 4-story building.
Unlike many people’s perception of a high-end and ritzy Ginza,
the majority of backstreets are filled with drab, nondescript
office buildings. This structure stands out like a gem.
Titled “Ginza Tenant Building,” it was completed in early 2019. 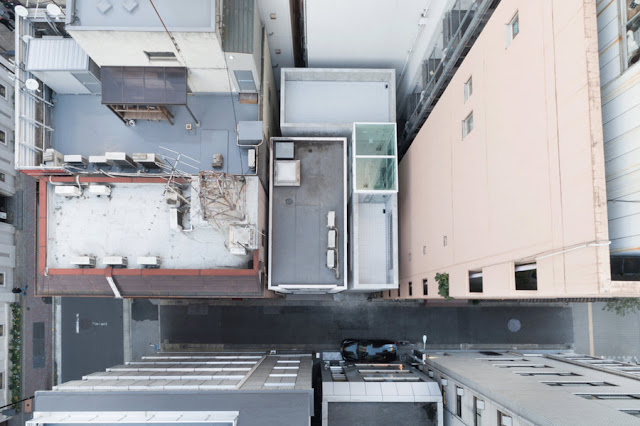 The entrance still feels very much like walking into
an alleyway. But once you’re inside, light pours in
through the many windows and skylight above. 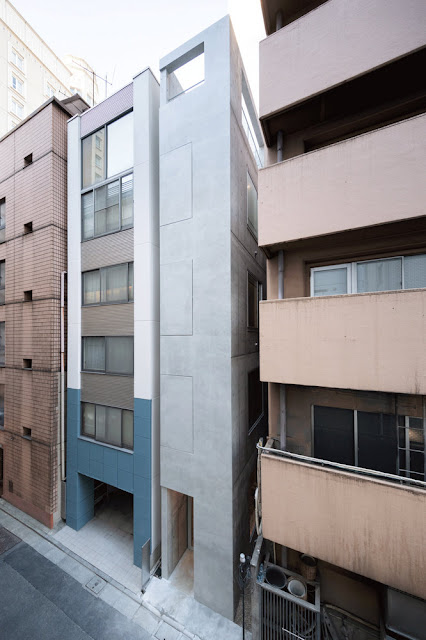 The structure houses a total of 5 individual offices
that are separated but accessible via the stairway,
which doubles as a light-well that feeds light
into the nooks and crannies.
There’s also a space behind the entrance designed
to be used as a retail shop, along with a rooftop. 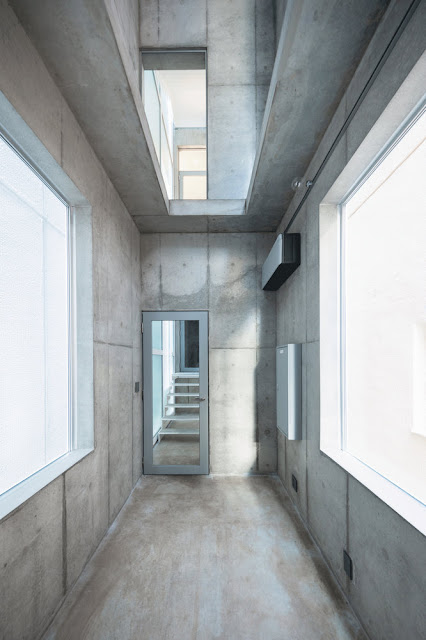 The building was designed to be leased in its entirety.
The entire building is currently available for 1.7 million yen,
or about $16,000 per month. Not bad for the Ginza! 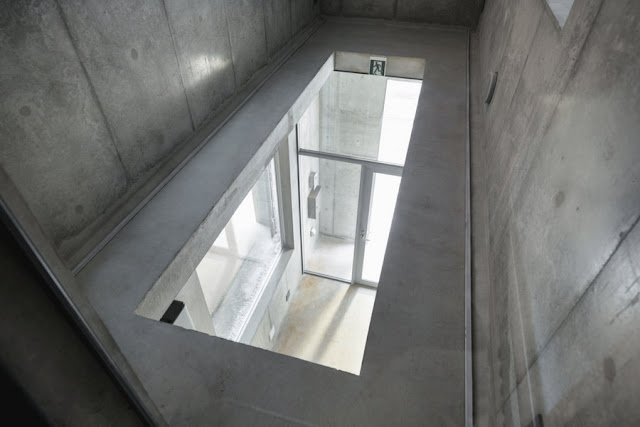 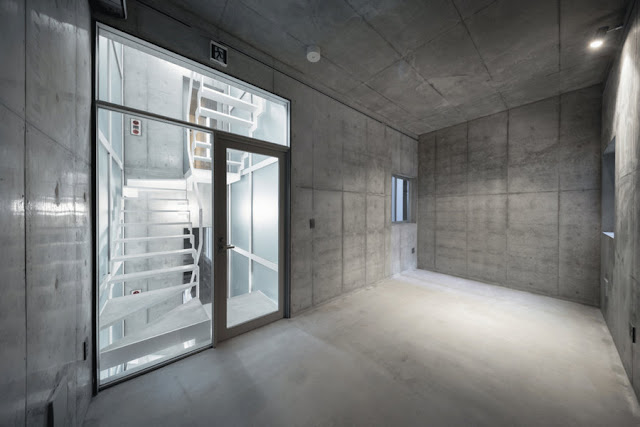 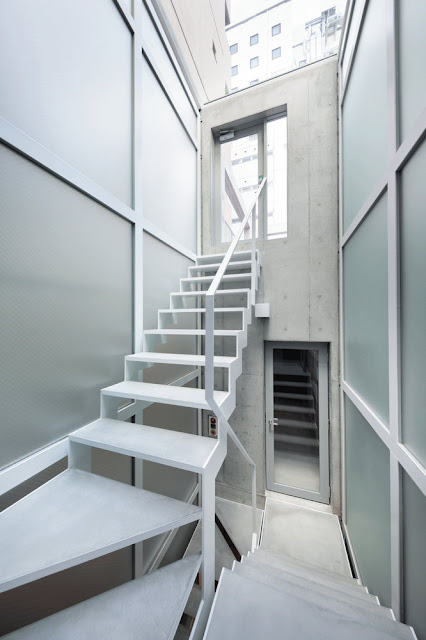 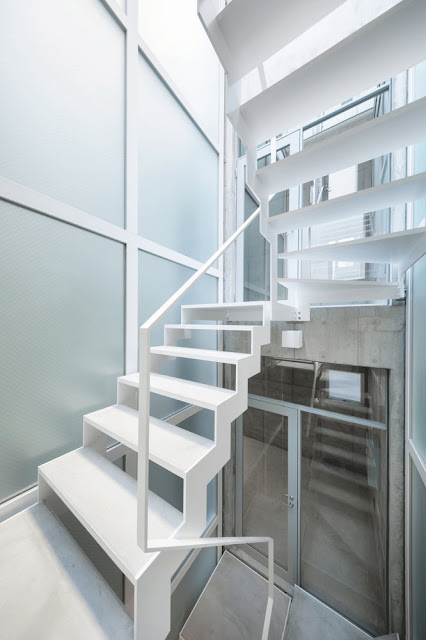 This checks a lot of my boxes.
Interest in architecture, design, problem solving and Japan.
Hoping you might enjoy it too?

A smile for Saturday ... 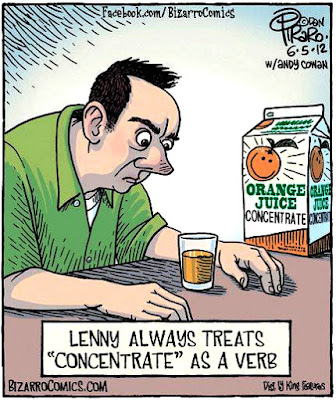 Click here for  Nat King Cole, The Very Thought of You.

Today I sat at a long traffic light.
I noticed birds on all four traffic light extensions.
I knew there wasn't time to get out my phone.
I studied their line-up, all but two were facing east.
I watched as a new bird came to add on ...
the end bird charged him until he flew off.
I wondered if that was his job or just his personality?
Do you ever notice the bird line up?
Why is it on just some traffic extensions?
Why do the majority face the same direction?
Is it the wind, or the view or habit?
The same day I was pondering these questions,
I saw this artwork by Yoshinori Mizutani ...


The photographer Yoshinori Mizutani captures kawau
birds perched on electric wires in Tokyo. The Kawau are large
seabirds, not unlike seagulls, that were pushed to the brink
of extinction in Japan in the 1970s due to pollution. But in
recent years they’ve come back – with a vengeance. 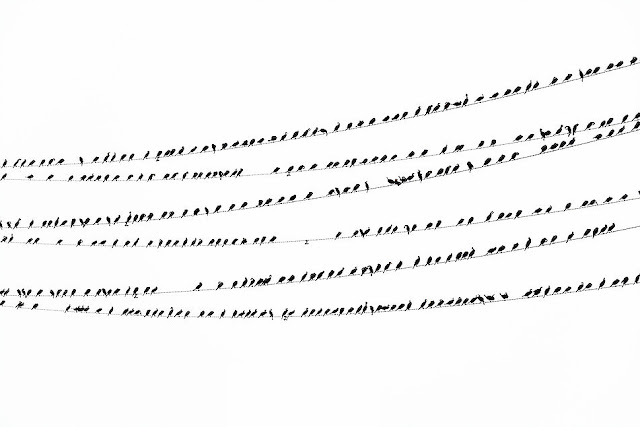 For photographer Yoshinori Mizutani, the sight of these
huge birds perched on electric wires in Tokyo were both
“visually shocking and at the same time breath-taking.”
And they became the basis for a new series of photographs
called Kawau. 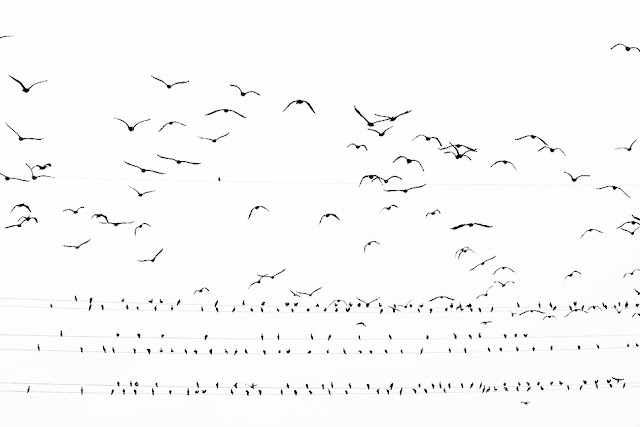 Mizutani photographed the birds in black and white as the perched on electric wires along Tokyo’s Tama River. The compositions, both beautiful and eerie, are reminiscent of musical notes, but also the Alfred Hitchcock film Birds. Mizutani’s new series is being turned into a photobook by the same name. His photographs will be on display later this month at IMA Concept Store on Tokyo from July 29 to September 24, 2016. 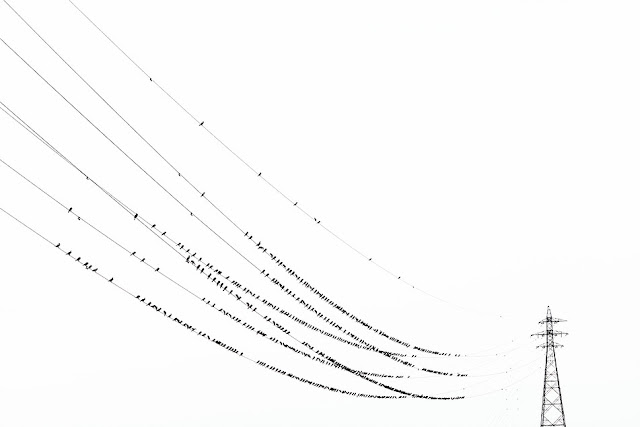 Hmmm, life's ponderings?  What do you think?

I am the lucky recipient this week of two Florida Muse
artist's beautiful artwork.We are a group of artists who
send and receive a postcard on each assigned month.


Lovely to receive and enjoy each month.
Thank you Thomas and Judy! 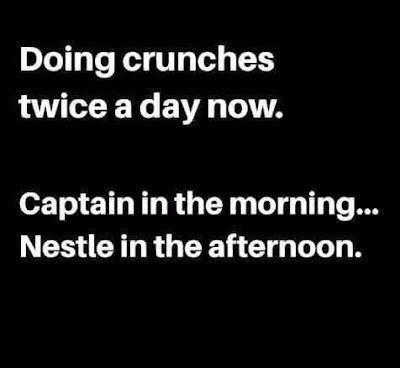